This website effort is led by two people: Sharon Williams and Hubbs Grimm.  We have become friends and associates over the internet, but until early 2016 we had never met in person.  The Support Group for MRI-Gadolinium Toxicity was where we met, and we are deeply indebted to the other participants in the Support Group for sharing their experiences and offering insights.  Many of them were participants in our original research.  Thanks to all.

Sharon Williams: I am the researcher in the group.  I have gathered more than 500 research papers that are relevant to Gadolinium and its toxic effects.  I have also led our effort to bring Gadolinium Toxicity to the attention of the FDA and others within the medical community who may be able to help us gain recognition of Gadolinium-related problems beyond NSF.  My first contact with the FDA was in late 2012 and like all things in the government this has been a slow process, but I have no plans to give up…there is just too much at stake.

Technically, my Gadolinium Story began in mid-2000 when I had my first dose of contrast for a brain MRI.  I had two more doses in 2008, but I didn’t realize Gadolinium retention might explain some of my symptoms until early 2010 after I had my 4th and 5th doses of contrast six weeks apart.

Because I was told that I had to have my kidney function checked before my 4th contrast MRI, I did a quick search to see what the problem was with MRI contrast agents.  I discovered that since my eGFR was greater than 60 I had nothing to worry about…wrong.  Eighteen days after my 5th dose of contrast, I developed a rash on my lower legs and a mottled appearance to the skin on my arms and legs.  I soon had no hair on my legs.  While the rash eventually went away, I still have the other skin changes plus some new ones.

I have experienced a wide range of symptoms since early 2010.  Currently, my worst symptoms run from my upper abdomen and ribs up to the top of my head.  In 2015, I received confirmation of gadolinium retention in my thyroid gland and brain.  The tissue on the right-side of my face has continued to get thicker and my face is no longer symmetrical.  My brain feels like it has been cut in half with frequent pain on the left-side and non-stop, 24/7 pressure on the right-side.

While I initially accepted what I had read that said I had nothing to worry about from the contrast agent, my gut instincts told me that my symptoms were connected to my MRIs with contrast.  So I started reading everything that I could find about NSF, Gadolinium, GBCAs, transmetallation, and more.  It didn’t take me long to realize that there was no logical reason to believe that only patients with bad kidneys might retain Gadolinium, and the many urine test results that I have seen bear that out.

By mid-2012, I decided that I had to do something with all the facts I had gathered.  With input and support from a few close friends from the MRI-Gadolinium-Toxicity Support Group, I decided to write the FDA about my concerns related to Gadolinium Toxicity from GBCAs.  That marked the beginning of my efforts as a Patient Advocate, and my working partnership with Hubbs.

I am hopeful that sometime soon the FDA and key members of the medical industry will recognize that Gadolinium retention from GBCAs poses a risk for all exposed patients.

ALL patients affected by Gadolinium Toxicity deserve to be properly diagnosed and given appropriate medical treatment.  I plan to do all that I can to see that it happens. 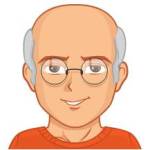 Hubbs Grimm: Note that until April 2016, I was using Duke as a screen-name on this site, but have now switched to my real name.

I provide the analytical leg of our effort, having collected and analyzed over 500 urine test results for Gadolinium from over 200 people I have met on the internet.  My greatest thrill came shortly after I released the Retention Study when three new people who were not in the study participants got their urine tested: their results were so close to the prediction line, that they could have just asked me what their result would be, and they would not have had to pay for the urine test.

My own story, in brief, is that my symptoms started as some numbness and tingling in my big toes about a month after a contrast MRI, and over the past five years, that numbness and tingling has turned into burning and stinging all the way up my legs, in my trunk, and in my head and mouth.  I manage it with some pain medication but it is always there.  I am quite active, having simply decided that I am going to press on regardless of the pain, and not let this toxicity beat me.

I found out about my high levels of Gadolinium in my urine from a routine screening done by a wellness MD about a year after my last contrast (and I mean my LAST contrast MRI).  Being so analytical, I have continued to have unprovoked urine tests about every 6 months plus a few extras to test under specific conditions.  Now, nine years later, my urine still shows Gadolinium at 0.5 mcg Gd/24-hour sample.  You can read more about my gadolinium levels in my Viewpoint: One Man’s Struggle with Chelation.

I am convinced that some day soon, GBCAs will be recognized  to be less than the “totally safe” description applied to them today, and new guidelines will be established for administration of contrast material.

I want to share a couple things with you that have helped me.  The first happened to be an inspirational video I received via email from a friend at a time when I was having difficulty in dealing with the issues that were brought on by Gadolinium Toxicity.  You can watch it here .From it I adopted the motto of “Get Up, Dress Up, and Show Up”, to which I have added “Never Give Up”.  It has done me a world of good.  The second was one of those signs available in knick-knack stores, but it said a lot to me, and perhaps it will help you:

Life should NOT be a journey to the grave with the intention of arriving in an attractive and well preserved body, but rather to skid in sideways, chocolate in one hand, wine in the other, body thoroughly worn out, and screaming “WOO HOO, what a ride.”

So I continue on, ignoring the pain, and not worrying about preserving my body.

You can contact us if you have questions or comments.